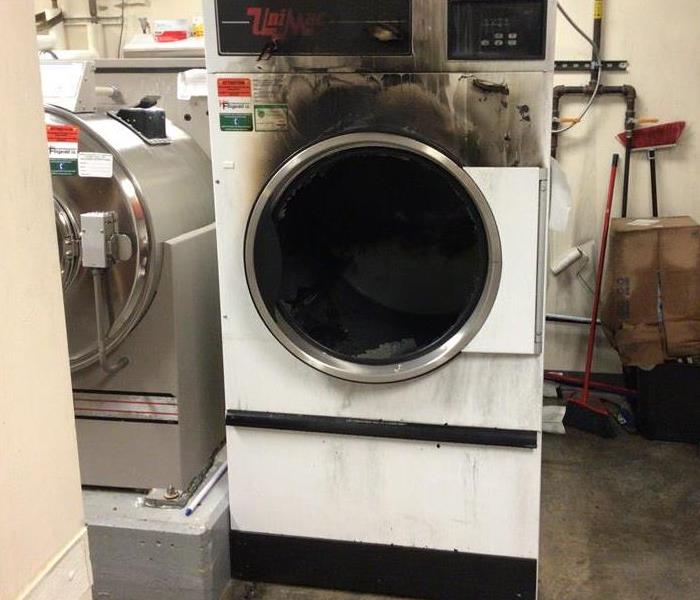 Any appliance that creates heat can be a fire hazard and there are many of them throughout our homes and businesses.  They range from the small and seemingly insignificant like a curling iron, to the big and more obvious like a stove.  A significant one we tend to overlook is a clothes dryer.

Most of us know that a clothes dryer produces lint.  As our clothes, towels and sheets tumble around in the dryer, fine fibers separate from the cloth.  These fibers are called lint.  Dryers are equipped with lint traps to collect the lint.  It is extremely important that the lint trap is cleaned after every load.  Cleaning the lint trap helps air flow and keeps the machine running more efficiently.  But perhaps more importantly, cleaning the lint trap helps reduce the risk of fire.  Dryer lint is extremely flammable.  If enough of it accumulates, the heat from the dryer can ignite the lint and cause a fire. The lint trap is not perfect.  Even with regular cleaning lint can get past it.  Cleaning your lint trap after every load and even a thorough cleaning of your dryer’s venting system will go a long way towards preventing fires.

Recently we were called to a fire caused by a commercial clothes dryer at a boutique hotel in downtown Appleton.  Luckily, the fire was noticed quickly, and damage was fairly contained.  That is why some people prefer to be home when they run their clothes dryer versus turning it on and leaving the house for several hours.